What I haven’t managed to set aside time for is (i) managing my blogs properly and (ii) writing and publishing new adventures under the Lazy Sod Press imprint.

And that’s a bit sad I think, as I have two half-finished adventures (one short, one long) just sitting on my hard drive waiting to be completed.

As for my current Call of Cthulhu game, the plan was to run one or two chapters as “seasons”, TV-series style, and then switch to another game, but both me and the players are enjoying this game immensely, so we have just kept on going, soon moving into chapter 3 “Cairo”.

For 2018, I plan to run the Cairo chapter and then switch to another game for a while. The three games currently on my wishlist are:

On the publishing side, my new concept of publishing everything for free or PWYW feels right. That way I can write and publish whatever I want and not feel constrained by considerations of “what would sell”.

Also, games like Castles & Crusades, Call of Cthulhu, Delta Green, and Zweihänder have licenses that allows publication of fan-made stuff, provided that they are offered for free. This way, I can feel free to write for whatever system I like, without economical considerations.

I’ve set a mental target to publish at least one adventure during 2018, as that’s what I think my free time will allow at this point.

Anyway, that’s some plans for the coming game year…

No work today, as it’s National Day here in Sweden, and I thought I might blog a little…

Following my own advice from last week’s blog post, I’ve started to prune my gaming collection, selling off games and supplements that probably never will be used at my game table.

I’ve started this before but never quite “finished”. This summer, however, I will get rid of a lot of stuff: several editions of RuneQuest (RQ3, Mongoose RQ1, maybe RQ6), most AD&D 2e stuff, a lot of OSR stuff (mainly rule books), several editions of Traveller (Traveller T4, Traveller: The New Era, MegaTraveller) + a lot of mixed RPG stuff that I’ve collected over the years.

(I’m chiefly selling these books here in Sweden, but if any of you international people are interested, I ship worldwide as well).

And it feels good to get rid of all these things! It’s Zen at it’s finest 🙂

So what will I save?

Between these remaining games/systems, I think I can cover most genres and playing styles.

I will also keep most setting books for whatever system they were originally written for – good for stealing stuff and/or getting inspiration.

I will also keep all monster books.

You can NEVER have too many monster books 😉

Just some thoughts of where I would like to take my tabletop games in the nearest future. Sometimes it’s good with a vacation break from gaming to enable some clear thinking…

I love the OSR and D&D style gaming but at this point I’m feeling a bit “burnt out” on them. Regardless of which version of D&D or OSR game you play, the play experience turn out quite similar for both GM and players.

Most OSR/D&D games tend to be location-based and targeted at “kill monsters and steal their stuff”. This is built into the rules system and promoted by the “gain experience – level up” system. And the players also sit down with a preconceived set of notions of how a game of D&D should be played and act thereafter.

I’ve tried to incorporate more investigation and mystery. I’ve implemented dangerous spell casting and fear/horror rules to promote a more cautious player approach but they still tend to take the easy way out. I have also made alterations to the xp system, allowing xp for non-combat things and for moving the “story” forward. Better, but still pretty much the same. As the GM I also feel restricted at times. Not so much by the rules per se, but also by preconceived notions of “how D&D should be played”. I think my biggest beef with D&D is the experience and leveling systems. Of course, I can keep hacking the system, but I honestly don’t see the point when there are games out there that already cater for things I want.

As a result of this I have decided to take a break from my current game, i.e. finish “Season 1” of my Blood & Treasure game set in Frog God’s Lost Lands. Coming back after our vacations in August I will start up a new Call of Cthulhu game with Masks of Nyarlahotep for a change in rules system as well as setting. CoC is also a favourite of both me and the players (except one who won’t play anything but certain editions of D&D).

Another favourite of mine is Warhammer Fantasy Roleplay which I never got to play back in the day. I tried out a few sessions with a very crappy GM who turned me off WFRP for many years. However, I rediscovered the rich and vibrant Old World a few years ago while researching for ideas for my own OSR dark fantasy games and I realized that this was the game that I severely missed.

My plan for fall is to run Chapter 1 of Masks of Nyarlahotep and then take a break for some WFRP gaming. As we are all n00bs in the WFRP department I will go for some shorter introductory adventures before jumping on a bigger campaign, like The Thousand Thrones or The Enemy Within. I will then alternate between these campaigns, one chapter at a time. Hopefully, this will keep my players (as well as me) happy!

With our current session rate of one game every three to four weeks I’d say that we have gaming to do for years ahead, especially since I have now been offered a new position at work. One that will keep me even more busy I suspect…

If you’re so inclined, you can follow these new games on my dedicated blogs: 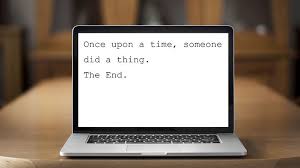 Since we came home from our family vacation in Thailand about a month ago, I’ve been struggling with time for my RPG writing projects.

My work load has been high and on top of that there has been evening activities almost all weekdays (both kid activities and work related). And on the personal plane, there’s a lot of other things happening in my life as well.

In my line of work (where I write a lot) I’ve noticed that I perform best under a certain time press. But on the game writing side the stress just seem to effectively put a lid on creativity, thus killing the inspiration.

This has been frustrating, as I was aiming to release a new adventure module around Christmas. I guess that won’t happen…

So, is it only me, or do you guys have these issues as well?

Just a short message to my little circle of readers, who might have noticed that very little is going on here at the moment.

I have decided to take a break from online activities and focus on my new work assignments and on my family. I have long felt that online activities take up far too much valuable time, so now I have deactivated my Twitter and Facebook accounts and try to spend less time on G+ also.

The little time I have for gaming, I try to use for creating adventures for my at-the-table gaming group(s) and I’m also continuing work on some free PDFs to be released as they are finished. I now try to enjoy the writing process as opposed to while back when I sometimes felt stressed to “produce” content for the online community. (That was probably some of my work standards spilling over to my hobby).

Anyway, I will keep up this blog, but not post that often. And hopefully, with more actual gaming content when I have something cool to share.