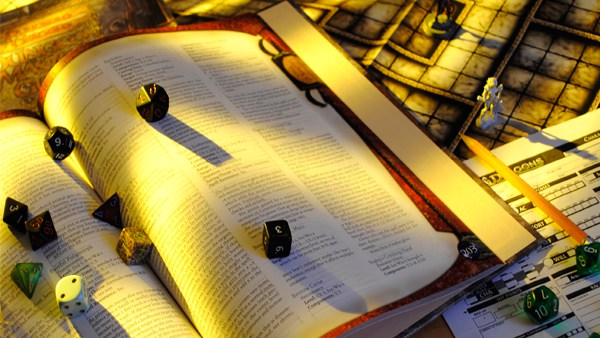 I have kept away from blogging about RPGs and even Google+ for a while now.

The combination of long gaming hiatus due to vacations and then an intra-player conflict as we were preparing to start up the fall season of gaming has left me a wee bit tired of it all.

Add to that an extremely pressed work situation with lots of extra hours and mental energy poured into work related things… Well, let us just say that it does not get you into a mega-creative game groove.

However, I haven’t given up, and I’m still around 🙂

Two weekends ago we finished “Season 1” of our year-long Blood & Treasure game in the Lost Lands by Frog God Games. It has been a very good OSR/D&D-style experience and I will write a separate post on running OSR with B&T later, when I get the time and my spirits are up more. Some of the players have said that this is the most fun D&D-style game they have ever played.

And next weekend we will start with a character generation session for Masks of Nyarlahotep! I will use the 6th ed Call of Cthulhu rules for this one. If there is enough time after chargen I will throw them right into the action as well, starting their descent into mayhem and madness in the wintery New York cityscape of 1925.

Most of the Call of Cthulhu stuff will end up on my dedicated CoC blog (Sanity Zer∅) since I figured many of you OSR/D&D fellows might not be that interested in CoC or d100 gaming.

On the Lazy Sod Press publishing front there has sadly been little progress. I have two OSR style adventures brewing:

If I could just find that precious time along with the energy to do it… As it is now, the little time I have to spare goes to my own game prep and to play games online. And that’s the main thing, right?

Warriors of the Old World on the march…

The last 5 years I have mainly GM:ed and played D&D style games – old school, new school and clones. I’ve felt an increasing urge to move over to other RPGs for a while, but for some reason we have always come back to D&D. At this point in time I feel a tad burned out on D&D-style gaming – it’s like eating pizza every day. And the same type of pizza as well.

Time for GM preparation and play is scarce these days and coming back to a simple and well known system is of course tempting. The other main reason is player demand. Or so I thought.

The last month I have reached out to the other players and discussed what to play next and it turns out that they long for some good old Call of Cthulhu, so I’ve decided to start up a Masks of Nyarlahotep campaign – an adventure that I have wanted to run since the 1990s!

And after the first chapter of Call of Cthulhu I aim to run another favourite of mine – Warhammer Fantasy Roleplay. I’m a bit worried about this since I haven’t ever GM:ed WFRP and I have very little play experience – basically a handful of sessions of WFRP 1e with a very weird (and lousy) GM back in the day. A few years ago I got hold of the WFRP 2e book and a bunch of supplements and immediately felt that it was right up my alley. I have since collected more of the 2e books from here and there, so now I have a serious source of materials to read up on!

Looking forward very much to the adventures of the coming fall!

I’m not dumping D&D forever, but at the moment I’ve had my fill of that particular style of gaming. I will continue to write on my ongoing D&D-style adventures though…:)

I had originally planned to run the new D&D 5e Curse of Strahd set in Ravenloft next, but after some thinking and discussion with my players I’ve decided to postpone 5e in favor of some Call of Cthulhu goodness!

So, next up after we wrap up our adventures in the Lost Lands from Frog God Games, will be the mega-classic world spanning Masks of Nyarlahotep (MoN).

This is something that I have been looking forward to since the early 1990s. Back then, a gamer buddy had recommended MoN as one of the best Call of Cthulhu adventures he had ever played and I was on the hunt for a new CoC campaign as my group had recently finished Spawn of Azathoth and I was now running shorter adventures in Lovecraft Country.

Sadly I couldn’t find the elusive box set anywhere. It was very out of print and back then there was no internet, no ebay and certainly no PDF versions of old game books. I scoured the game shops in the area but to no avail. However, my favourite FLGS had a copy of the then brand new mega-campaign Horror on the Orient Express which I purchased instead and which we played in various constellations for about one and a half year before our group split up due to life. By then we had managed to get as far as to the beginning of the Sofia chapter. In 2011, I decided to reboot the campaign and we finished it after a 17-year hiatus thanks to the slightly deranged in-character notes of one of my players in the guise of Dr. Franz N Schwein, parapsychologist (I wrote a post about it here).

Also, back in 2010-11 I finally got hold of the limited edition reprint of the Complete Masks of Nyarlahotep and it has been sitting there on my game shelf begging for attention since then.

Well, now the Stars Are Right and I have started preparations for the game. I also have the MoN Companion draft that was released for free some years ago and will probably pad out the already massive campaign with some side adventures from other sources.

I will run this adventure in a pulpy style, much reminescent of Indiana Jones and The Mummy, which is the style my group prefers. And by the way, one of my players is a bona fide archaeologist who’s specialized in egyptology. How cool is that when they reach Cairo?

There’s also lots of cool extra MoN stuff to be found on the internets: movies, game trailers, beautiful handouts, maps and good advice on running this classic, which I will cover in a later post. And play session reports/recaps will be posted over at our group’s WordPress site. When we played Horror on the Orient Express I used Obsidian Portal, but I have since switched over to WordPress in combination with file sharing via DropBox. Much cheaper and works equally well.

And finally, I will stick to my beloved 6th edition rules. They can pry my old CoC books from my SAN 0 hands…;) Refuse! Resist!

(Yeah, I know – I will probably succumb and get the new pretty 7th ed rules at some point, but not now…)