I was originally going to write a post with critical observations on the state of the OSR, but hey, I’m not into this gaming thing to yap about such things, so I give you a cool image instead: The Goblin Shark.

Yes, this guy’s for real.

Coffee, good drawing book from Tiger and some thin pens from Japan.

This started out as S:t Hexen, a small creepy town in Nexus Mundi, but darn, it’s getting out of hand! I think this will be the main town in the area, and S:t Hexen will be much smaller.

This town is situated on a group of islands forming a delta in a large river. I was inspired by an old map of medieval Cork. 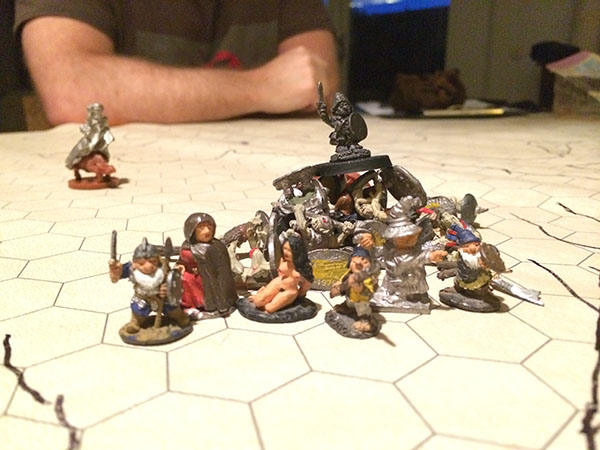 A royal battle is over! Lots of slain Kobold-things and a saved damsel. The Butthills Five have prevailed once more!

What began as a “extra scenario” in between the “real adventures” has evolved into a seriously fun mini-campaign! We’re playing part 2 of Hollow’s Last Hope using Pathfinder.

As you can see, there’s a certain…theme…to this. Adolescent yes, but also great fun. These little guys all hail from The Butthills, a famous halfling ‘hood.

The not-so-serious approach has made everyone loosen up, and we’ve had some great battles and fun role-playing. I think the best games I’ve played were the ones we never saw as so “serious”. Somewhere, it’s refreshing to just let loose and just game on!

My character, Harkel Buttflayer, also has some obsessive compulsive disorder, so inspired by a post by John Stater on Land of NOD I made a random OCD d30 table, which I use on a semi-random basis:

How to use:
Sometimes Harkel goes…well…weird. Roll a Will save or do stuff.
Modifiers:
Boring situation. Nothing happens: -4
Dangerous situation: -2
Enough snuff: +4 (Harkel is a nicotine addict)
D30 roll:
1. Did I remember to extinguish the hearth before I left on this quest?
2. You know, I really like pretzels. Must have ’em. Now!
3. Is that idiot seriously going to tap that damn 10-ft pole on every floor tile in this hallway?
4. I should totally stab the thief in the back – he’d never see it coming.
5. Time for a nap, Skalman style.
6. Bloody mage. He never does anything around here, does he? I must steal his pointy hat.
7. I’m Captain Unkillable! Let’s kick some serious ass!
8. Time for some snuff! And a break. And maybe some fried onions. Anyone’s got them? Onions I mean? Fried that is…
9. Ooooh… Nice ass! Must grab!
10. I need wine. Now! Gimme!
11. I should totally steal that purse. No one will notice…
12. Did I lock the last door? Must go back and check. Again and again…
13. I won’t touch that thing! Who knows what foul things has been there. I stay here!
14. Twang! Ooops! Accidentally released an arrow…
15. I need to take a dump. Now. And I need to borrow your shirt for TP.
16. Twitchy legs. Anyone feel like running? Yahooooooo…..
17. Bloody warrior. He thinks he’s zoo cool and awesome. I’ll take his sword and throw it away – see how cool he is then. Asshole.
18. Tourettes: Insult the biggest, baddest dude in hearing range.
19. No. I won’t go there. There’s germs. We have to wash the place first.
20. The map? What map? I don’t have the map. What you talking about?
21. If I walk on the line/crack the World will go under. Mustn’t step on any lines…
22. Annoying tics: Repeating body movements (tapping, touching).
23. Repeat last task at least three times.
24. Can you please check my hemorrhoid? I think it just went south!
25. Hoarding: Must keep all these… They bring good luck…
26. Are you laughing at me? Take this!
27. Tic: annoying humming.
28. Shit it’s hot. Must take off these clothes!
29. Bloody elf/dwarf/etc (any race). He thinks he’s so special. Well, I got a surprise for you! (Steal vital item).
30. Why am I with these dorks? The others seem much nicer. I’ll join them instead. After I send an arrow in their backs!Note: The first 4 posts on the list was nicked from the NOD post. I liked the idea, so I just added the rest of the d30 table…

This table has created some really interesting situations, and furthermore, have nearly gotten Harkel killed on a number of occasions.

Today we played Session 11 of this mini-campaign. We killed the Kobold King and Queen, despite the worst die-rolling of a lifetime! Lots of misses and quite a few fumbles. And not one single critical hit!

Next session is going to take us to the last (?) level of the dungeon complex, where rumors tell of a great evil. I do have a bad feeling about this, but we can’t back out now, can we?

And that’s the charm of rpg:ing, right? 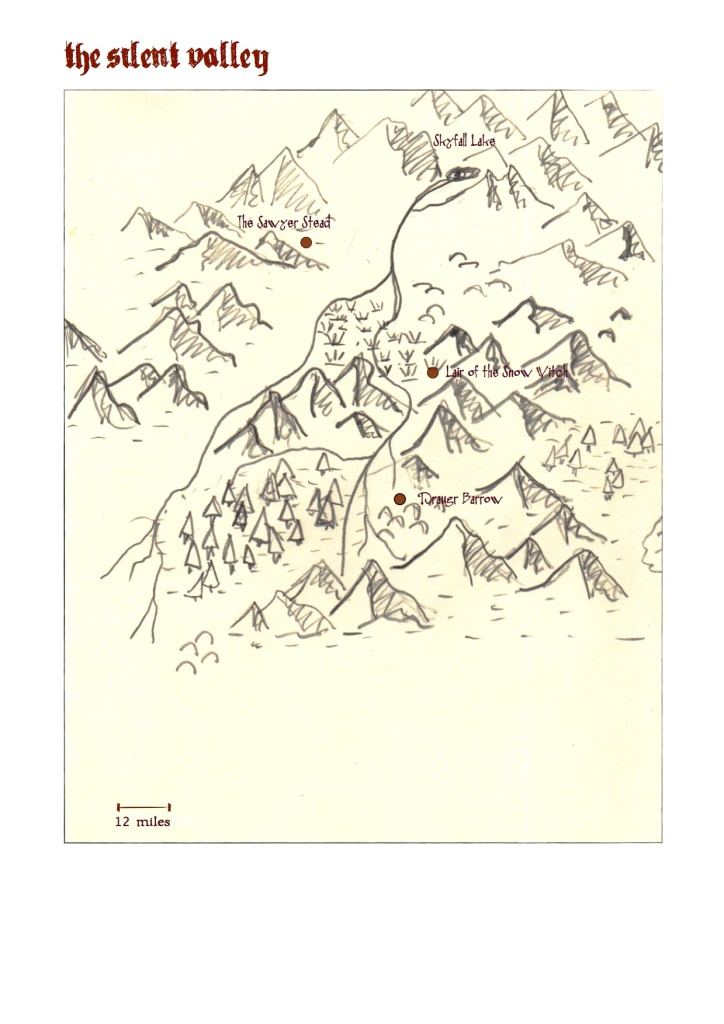 The map was drawn in a Muji Notebook using a 0.5 pencil. Then it was scanned and annotated in Pages (Mac). Rough, but I like it.

This is my main wilderness adventure area for two gaming groups at the moment.

Teaser for Age of the Raven

Selling the new game to the players…